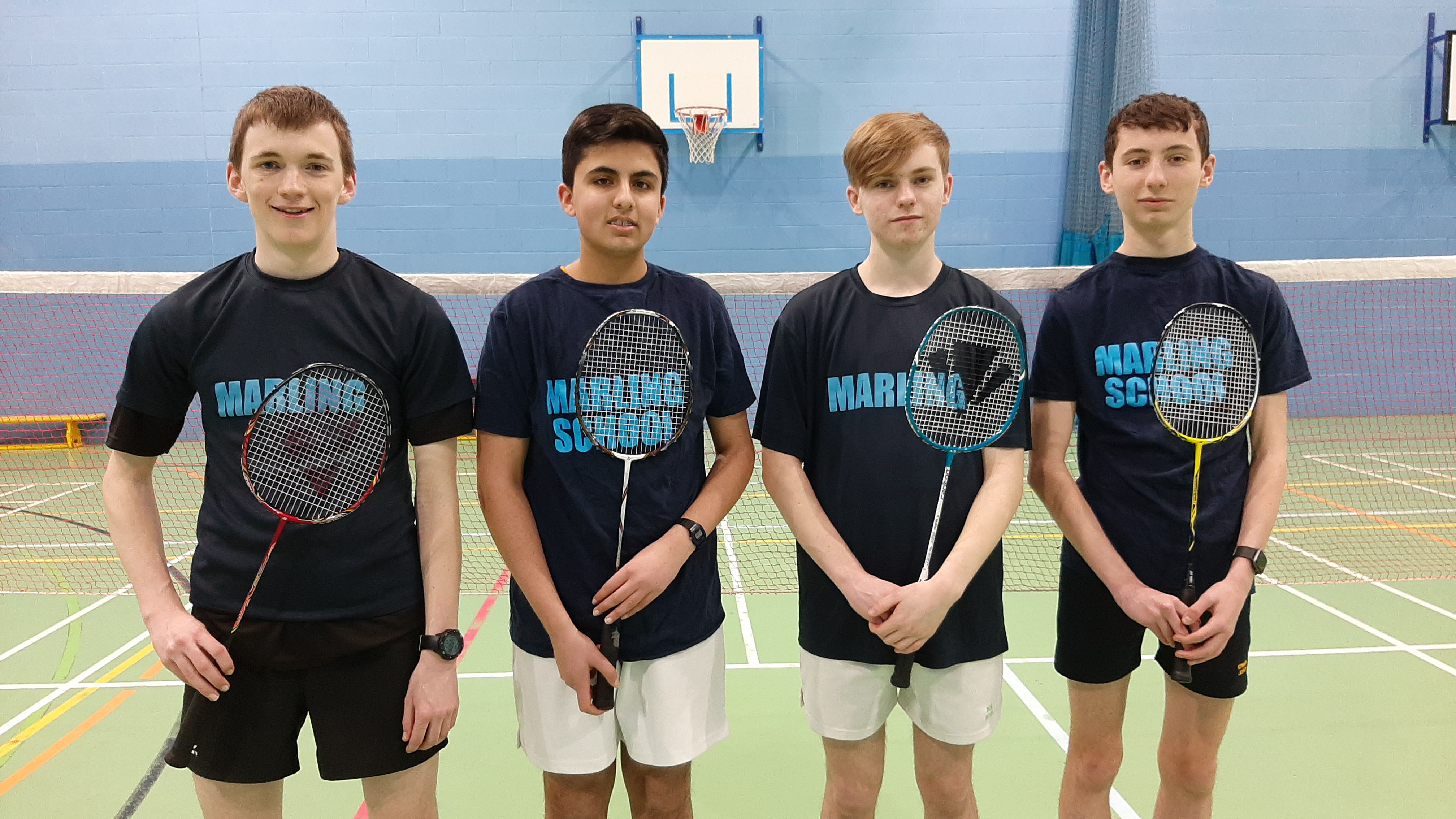 The KS4 badminton team, Tom, Rohin, Eddie and Ben recently went forward to the county finals after winning the District championships last term. After some fiercely contested matches against Sir Thomas Riches, Balcarras, Farmors and Newent, the boys finished in 3rd place, missing out by just a couple of very close games which could have gone either way. The highlight was a 3-2 win against STR, which was particularly good, as their team was packed with county players. The singles win by Tom set the tone and was followed up by a good doubles win by Rohin and Eddie and then Tom and Eddie. The boys lost narrowly (3-2) to Farmors who fielded an exceptional, nationally ranked player and who were the eventual winners. It was a great day's badminton and the lads did Marling proud!