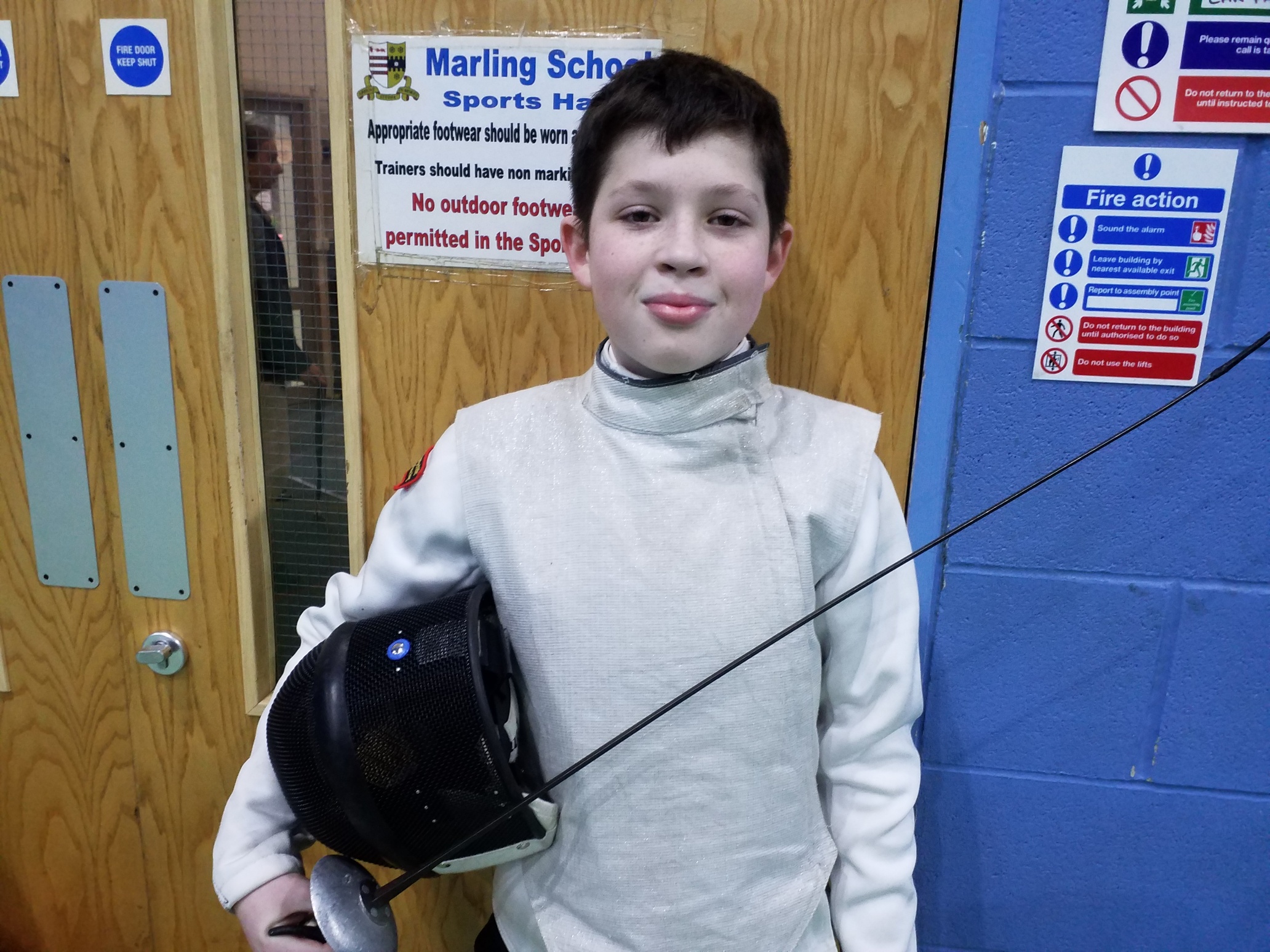 First up were the pool stages - out of the eight matches I fought I only lost three times and twice to the same guy! Going into the Direct Eliminations, I was ranked 4th and in the quarter-finals I won 8-3; however in the semis I lost 10-2 but that was to the boy who had already beaten me twice! Overall I came joint 3rd (there are no 3rd/4th playoffs in fencing), got the Bronze medal and qualified for Nationals!
I had a great time, making new friends and seeing old ones again, and I can't wait to go to the BYCs in May.