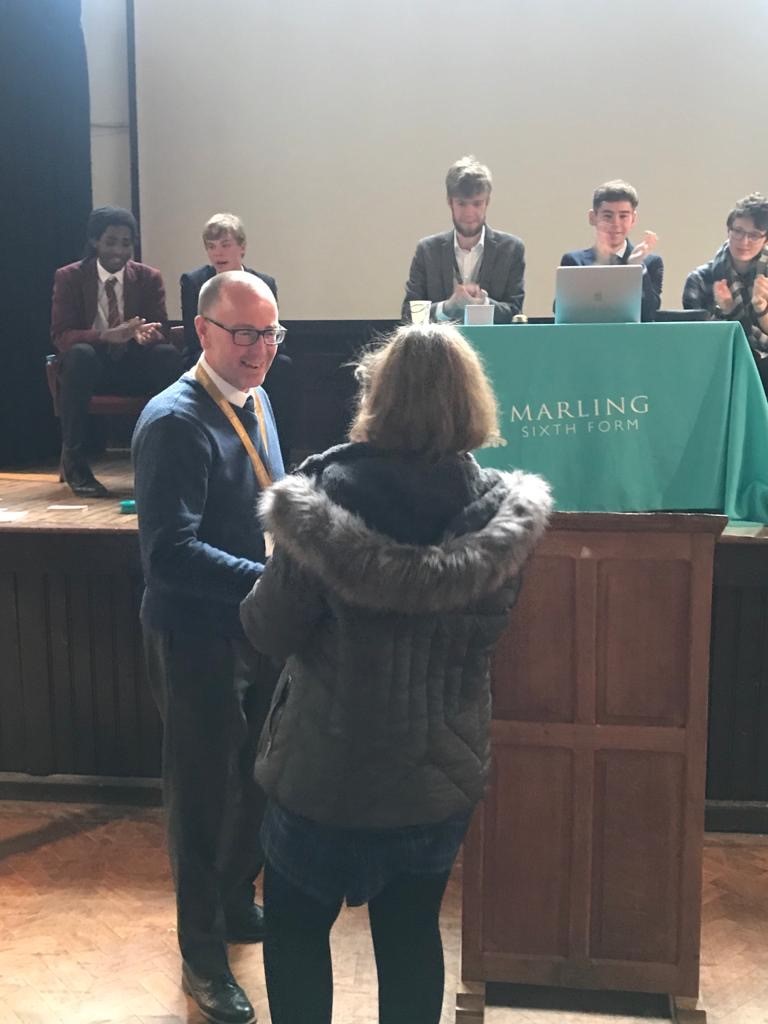 Marling Year 11 students were joined by students from Crypt, Archway and Kings Schools to take part in our inaugural Model UN Debating Event. Teams of students representing countries from all over the globe came together to propose a resolution on the subject of the Turkish invasion of Northern Syria and displacement of the Kurdish people.

Prior to the day, students had worked hard putting together Position Papers and speeches outlining their country’s stance on the subject matter. There then followed fierce, pointed but rational debate, as the obvious preparation the students had put in came to the fore and allowed for reasoned and passionate discussions to ensue.

There were some marvellous contributions from students representing Jordan, Syria, Russia and America. Our students played the parts of Turkey and Greece with aplomb, the Turkish delegation in particular managed to turn the tide of opinion and opprobrium heaped on them at the outset, to form the core representatives around which a coalition was born to bring a successful and, almost, unanimous resolution to the chamber floor.

Our Sixth Form oversaw the event, awarding delegate and speakers prizes to representatives from Crypt and Kings. Archway were awarded best Position Paper; and Marling received one of the awards for outstanding act of diplomacy – for the Turkish work on the floor throughout the day.