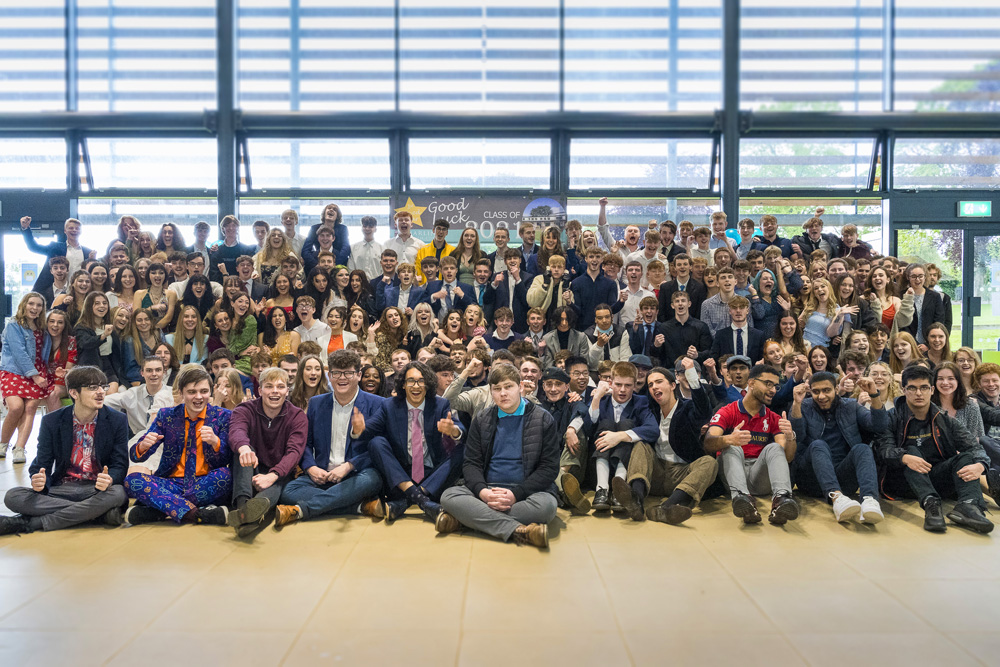 Caitlin Griffiths, who joined Marling from Severn Vale School said: ‘I was so excited to be one of Marling’s first girls and then to be appointed as one of four girls in the student leadership team. In spite of the challenges caused by Covid, I’ve learnt so much, had such a positive experience and am really proud to have been part of this pioneering group of students. I’m now hoping to go on to study politics at Cardiff University.’

Rufus Wells, who joined from Katharine Lady Berkeley School, said:‘I’m so pleased that I chose Marling to do my A Levels, it is an exceptional sixth form with amazing academic focus and a community like no other. I’ve made many new friends and I found it a welcoming and supportive environment in which to study. Next year I am planning to study Architecture at Manchester School of Architecture.'

This group of students has had an extraordinary sixth form journey. Not only have they led Marling’s move to a co-educational environment, but they have also coped with two periods of lockdown alongside a completely changed system of A Level assessment.

Steve Farr, Head of Sixth Form said:‘We are all so proud of each and every student in this resilient year group. These past two years haven’t been easy for anyone, and they have risen to the challenges they faced so well. We wish them every success for the future.’

Since Marling opened its doors to girls two years ago, the school has become an increasingly popular choice for local students. Up to 100 new students now join Y12 from schools across the area and a third of sixth formers are now girls.

This year’s graduating cohort - the largest ever - are planning to go on to a wide range of courses and destinations across the country, including 11 holding offers to study medicine or study at Cambridge University and others heading to dance school, drama college or to study music at a conservatoire. In addition, some students are moving straight into employment, beginning apprenticeships or entering the armed forces.